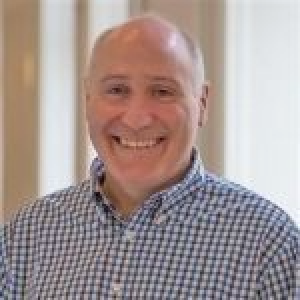 To quote the Sound of Music: “Let’s start at the very beginning, a very good place to start.”

“Data is widely recognised as having the potential to transform government engagement with the public through the development of new digital services delivering improved outcomes for all.”

These quotes reflect many recent comments, each speaking to a digital revolution taking place both in and out of government. At one end of the spectrum the digital revolution is framed as a data revolution, which extols open access to rich data as a driver to more informed citizens and improved government decisions and services. At the other end of the spectrum new technologies such as blockchain, Internet of Things, and artificial intelligence are viewed as drivers to rethink government services themselves.

Ok, but what does that mean for water?

“The potential of blockchain to support environmental sustainability comes down to one key feature: its ability to provide a verifiable record of who exchanges what with whom – and therefore who has what at a given time. Many of the challenges for how we manage natural resources … arise because of a lack of trust and confidence in the rules governing exchange and possession: … Blockchain’s ability to provide a verifiable and transparent record may make it well placed to help answer such questions. By decentralising and digitising the adjudication of what is trustworthy, blockchain also has the potential to empower broader communities of stakeholders and improve the slow, costly intermediation associated with our current models of environmental governance.”

I am sure that you may have heard all this before, after all there are numerous initiatives all over the world to improve water information. That is undoubtedly true, but are many of these are missing the mark?

For example, the United Nations and World Bank High-Level Panel on Water identified improved water information as a foundation action to ensure the sustainable management of water – “To take effective action we … must invest in data; … and we need to strengthen water governance mechanisms so that we can effectively manage it.” They noted that data is gathered by many actors but not openly shared; there are many gaps in the water data information base; and the quality of the data is uneven and often poor. These are fundamental failings that no number of new ‘apps’ can gloss over.

If we look at Australia – one of the most advanced water markets in the world – there is a long history of water information reforms, each supported by large public investments. Despite this there are increasing calls for reform at a fundamental level. For example:

“More than 10,000 people have signed a … petition calling for a national water register … we want everything out in the open and we want transparency, so we have a future for our entire country.”

“… streamline all official information to be presented on one website and smartphone app so users can more easily understand and follow the rules, calling it a “single source of truth”

“The inquiry … also found there was an absence of … transparency and ‘a single point of truth’ … where not all water users are adequately educated about how water is regulated and traded.”

There is no doubt that, in the context of water rights management, the complexity and the underlying data challenges, are compounded by the intricacy of specific water rights, their associated business rules, and often manual processing. But that is all too often used as a reason to change nothing.

So, what is the alternative?

There seem to be four critical strands to an alternative story where we transform 21st century water management, by transforming its fundamental building block – the administration and management of water rights. These strands are:

To make this alternative story a reality we recognise that “truly transforming government through the power of digital technologies will be a journey” – a journey of co-creation that will underpin 21st century water management with 21st century approaches to information and data. Katrina Donaghy, founder of Civic Ledger and Water Ledger and blockchain leader, comes on to discuss blockchain and how it can benefit the water

Ripple Effect 51: Quick Trip Down Under Then Back to the Blockchain Such fun to participate in this riveting discussion with Emily Lewis. We covered

Water markets offer a powerful mechanism for alleviating water scarcity but lack transparency. Could distributed ledger technology could be the answer? To find out check